Bach/Siloti: Prelude in B minor

Bach: Fantasia and Fugue in A minor BWV 904 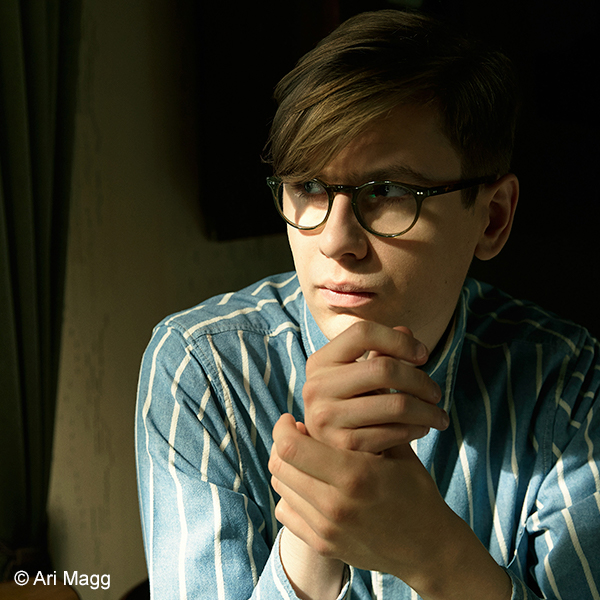 Possessing a rare combination of passionate musicality, explosive virtuosity and intellectual curiosity, pianist Víkingur Ólafsson has been heralded "Iceland's Glenn Gould" by the New York Times (Anthony Tommasini, August 2017). Before lighting up the international scene in 2016, Víkingur won all the major prizes in his native country, including the Order of the Falcon, four Musician of the Year prizes at the Icelandic Music Awards, and the Icelandic Optimism Prize.

In 2016 Víkingur signed as an exclusive recording artist to Deutsche Grammophon, with his debut album of Philip Glass's Etudes in January 2017 a global critical and public success: "breathtakingly brilliant pianist" (Gramophone). Prior to this he founded his own record label, Dirrindí, releasing three albums. Víkingur's anticipated next recording for Deutsche Grammophon – featuring the piano works of Bach – will be released in 2018.

A true artist of the 21st century, Víkingur is lauded for his ability to approach music from a fresh and original angle, whether through interpretation – ("Like Gould, Ólafsson possesses that rare gift of illuminating a familiar work in unexpected ways, revealing hidden depths and drawing out its best qualities"- Gramophone); original programming ("few musicians match Ólafsson for creative flair - BBC Music Magazine) or curating: Víkingur is currently Artistic Director of three festivals: Vinterfest in Sweden; the award winning Reykjavík Midsummer Music (of which he is also the founder); and the Icelandic Weekend at Liepaja Great Amber Hall in Latvia.

Away from the concert stage, Víkingur is the driving force behind numerous innovative musical projects. He convinced the Icelandic National Broadcasting Service to commission the classical music television series, Útúrdúr (Out-of-tune), which he presented and which was broadcast to unanimous critical and public acclaim.