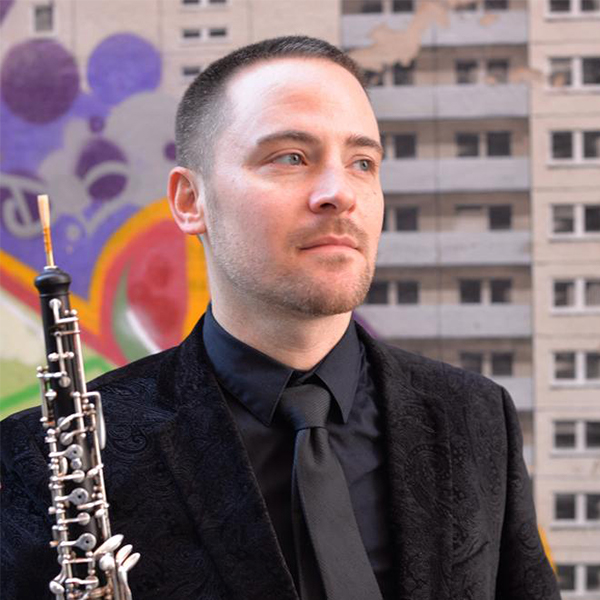 Stephen Nicholas Key is the Oboe Professor at Shenandoah Conservatory and Principal Oboist for The New Orchestra of Washington. A native of Oklahoma, he had his first solo appearance at the Kennedy Center at fifteen, and has since performed throughout Europe and Russia.

As a soloist, he has performed with The Washington Chamber Orchestra, the Washington Master Chorale, the University of Texas Symphony Orchestra, and the Shenandoah Conservatory Symphony Orchestra (SCSO) as part of the school's "Pulitzer Prize" series; performing Jennifer Higdon's Concerto for Oboe. Last Spring, he performed the Strauss Oboe Concerto with the SCSO under the baton of Jan Wagner about which critics said, "I've never seen an oboe played like that… dynamics and phrasing were incredible… truly [bringing] the piece to life!" The New Orchestra of Washington premiered Key's arrangement of Ravel's Le Tombeau de Couperin in the Fall; New York Critic, Oberon's Grove, said of Stephen's playing, "gorgeous performance, terrific solos… rich, warm tone."

Professionally, Stephen has played with the National Symphony Orchestra, Austin Symphony, Fairfax Symphony, the Choral Arts Society of Washington, Virginia Opera, the Chamber Orchestra of San Antonio, and the New World Symphony. Also, he has recorded with the Centaur Label and Albany Records.  He attended the Kennedy Center Summer Music Institute, Aspen Music Festival, and The International Festival-Institute at Round Top where he won the chamber music competition.

In addition to his university engagements, Stephen also maintains a private studio based in northern Virginia. His students have successfully placed in the top chairs of the American Youth Philharmonic, Virginia All-State, and summer festival orchestras, as well as competitive graduate programs with scholarships. 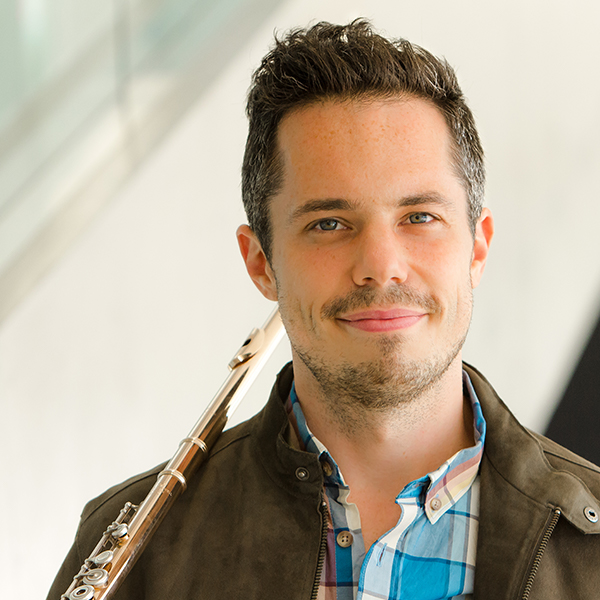 Praised for his "long-breathed phrases and luscious tone" by the Minneapolis Star Tribune, Canadian flutist Conor Nelson is established as a leading flutist of his generation.  Since his New York recital debut at Carnegie Hall's Weill Recital Hall, he has appeared frequently as soloist and recitalist throughout the United States and abroad. A regular guest of the D.C. metro area, he performs as Principal Flutist of the New Orchestra of Washington.

In demand as a pedagogue, Dr. Nelson has given master classes at over one hundred colleges, universities and conservatories.  He is currently the Associate Professor of Flute at Bowling Green State University. Prior to this appointment he served as the Assistant Professor of Flute at Oklahoma State University. Recent residencies include Yonsei University in Seoul, Korea, the Sichuan Conservatory in Chengdu, China, and the Conservatorio de Música de Puerto Rico. He is also a regular guest of the Texas Summer Flute Symposium and has been the featured guest artist for the Texas Flute Society, the Austin Flute Society, the Atlanta Flute Club, the Southwest Michigan (Detroit) Flute Association, the Greater Cleveland Flute Association and several others.

He received degrees from the Manhattan School of Music, Yale University, and Stony Brook University where he was the winner of the school-wide concerto competitions at all three institutions.  He is also a recipient of the Thomas Nyfenger Prize, the Samuel Baron Prize, and the Presser Award.  His principal teachers include Carol Wincenc, Ransom Wilson, Linda Chesis and Susan Hoeppner. Conor is a Powell Flutes artist.

He resides in Ann Arbor, Michigan where he studies Iyengar Yoga with Laurie Blakeney.