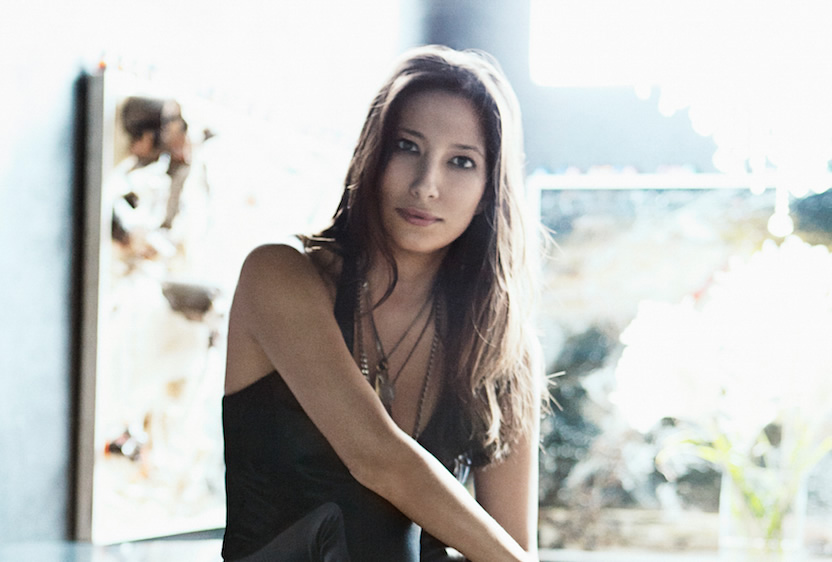 Hailed by the London Times as a "pianist of powerful physical and imaginative muscle", Tanya Gabrielian has captivated audiences worldwide with her gripping performances. She has performed on four continents in acclaimed venues including Carnegie Hall in New York, Kennedy Center in Washington D.C., Sydney Opera House, Queen Elizabeth Hall and Wigmore Hall in London, and the Salle Cortot in Paris, with such orchestras as the Los Angeles Philharmonic, Sydney Symphony Orchestra, Royal Scottish National Orchestra, London Sinfonia, and the Armenian Philharmonic Orchestra.

Tanya shot onto the international stage at the age of twenty with back-to-back victories in the Scottish International Piano Competition and Aram Khachaturyan International Piano Competition. Since then, performance engagements have included Alice Tully Hall and the 92nd Street Y in New York, Dame Myra Hess Concert Series in Chicago, Edinburgh International Festival, Seoul National Arts Center in Korea, Glasgow Royal Concert Hall, and a return recital engagement at Wigmore Hall in London. Tanya's Southbank debut recital in the Purcell Room in London, presented by the Philharmonia Orchestra, was chosen as "Performance of the Year" by Seen and Heard International. Her Wigmore Hall debut, as winner of the coveted Wigmore Prize awarded by the Royal Academy of Music, was reviewed as "revelatory, a feast of romantic pianism which held us enthralled" and "an astounding achievement by any standards, and one I cannot imagine being bettered… Remember the name—Tanya Gabrielian—you will be hearing a lot more from her I feel sure." She has also been featured on the cover of the magazine Clavier.

In addition to the traditional concert stage, Tanya is passionate about inspiring new generations of musicians and music lovers in diverse settings, dedicated to community engagement, education, and activism through art. Projects have included collaborations with the National Alliance on Mental Illness in programs featuring composers with mental illnesses, highlighting the stigma around mental health issues; founding an interactive performance series for patients at the New York State Psychiatric Institute; an installation with the artist Fran Bull for the exhibit In Flanders Fields: A Meditation on War; and a multidisciplinary collaboration combining Haydn's Seven Last Words of Our Savior on the Cross with final statements from executed death row inmates. Tanya was awarded the Pro Musicis International Award and the McGraw-Hill Robert Sherman Award for Music Education and Community Outreach for her work.

Tanya's interests have been diverse from an early age. At the age of sixteen, she was admitted to Harvard University as a National Merit Scholar to study biomedical engineering. Tanya instead chose to pursue a career in music and completed her Bachelor's and Master's degrees at the Royal Academy of Music in London, originally studying both piano and viola. She received the prize for the best final recital for all six years of study and received a DipRAM, the highest performance award given by the Royal Academy of Music. Tanya then finished her studies at The Juilliard School as the only candidate accepted for the prestigious Artist Diploma, an extraordinarily selective post-graduate residency program. She currently lives in New York City and is a Shigeru Kawai Recording Artist.

TAMÁS KRIZSA, of Hungary, is in his 10th season with The Washington Ballet. Krizsa graduated from the Hungarian Dance Academy with honors in 2002. During his school years, he was offered scholarships to the International Summer Course in Budapest, Elmhurst School for Dance and Performing Arts in England, North Carolina School of the Arts Summer program, Miami City Ballet School Summer Dance Program and American Ballet Theatre Summer Intensive. During this time, he also performed in Japan, Germany, the United States, Latvia and Hungary. After finishing school, Krizsa danced for Columbia Classical Ballet, Bay Area Houston Ballet & Theatre, Budapest Ballet and Ballet Theater Hagen in leading roles, including Oberon in Midsummer Night's Dream, Prince in Cinderella, Albrecht in Giselle among others. Some of his favorite roles with The Washington Ballet include Siegfried in Swan Lake, Albrecht in Giselle, Tom Buchanan in Great Gatsby, Petite Mort by Jiří Kylián. In 2000 he received an award from the Hungarian Dance Academy and in 2001 received the Hungarian Dance Academy's Maria Keresztes Memorial Prize. In 2006 and 2007, Krizsa was named Best Young Dancer in the Northwest Region of Germany. In 2014 won the gold medal in duet and silver in choreography category at VKIBC in New York. Krizsa is also a recipient of the 2014 S&R Foundation Washington Award.

MAKI ONUKI of Yokohama, Japan, is in her 13th season with The Washington Ballet after one season with TWB's Studio Company. Before joining TWB, Onuki danced with Goh Ballet in Canada under Choo Chiat Goh and Lin Yee Goh. She trained at John Cranko Ballet School under the direction of Tadeusz Matacz, and at Mika Sasaki Ballet Academy under Mika Sasaki and Mikio Ikehata. Additionally, she attended Boston Ballet's summer program on scholarship. Onuki has performed in numerous classical ballets including Serenade, Don Quixote, Le Corsaire, Diana and Acteon, Carnival of Venice, La Sylphide, Romeo + Juliet, the Esmeralda pas des deux, The Sleeping Beauty, Flames of Paris and A Midsummer Night's Dream. Onuki has performed in contemporary works by Christopher Bruce, Edwaard Liang, Karole Armitage, Mark Morris, Christopher Wheeldon, Twyla Tharp and Trey McIntyre. She has received numerous awards including the 2010 bronze medal at the International Ballet Competition in Jackson, Mississippi and a MetroDC Dance Award for Outstanding Individual Performance for Wunderland by Edwaard Liang in 2011.