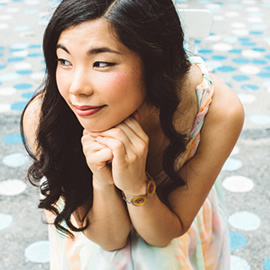 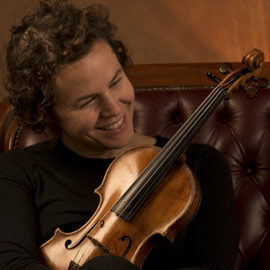 Violinist Jennifer Curtis navigates with personality and truth in every pieceshe performs. Her second solo concert in Carnegie Hall was described by the New York Times as "one of the gutsiest and most individual recital programs," and she was celebrated as "an artist of keen intelligence and taste, well worth watching out for."

An improviser, composer, and multi-instrumentalist, Curtis is a member of the International Contemporary Ensemble (ICE) and founder of the group Tres Americas Ensemble. She has appeared as a soloist with the Simon Bolivar Orchestra in Venezuela and the Knights Chamber Orchestra; performed in Romania in honor of George Enescu; given world premieres at the Mostly Mozart Festival in New York; collaborated with composer John Adams at the Library of Congress, appeared at El Festival de las Artes Esénias in Peru and festivals worldwide. Her compositions have been performed at the Verbier Festival de Musique, El Festival de Artes Escénicas de Lima, throughout the US and include commissions by Cornell University and Paperhand Puppet Intervention. This season she performs at Philip Glass' Days and Nights Festival in Carmel California andis collaborating with artists ranging from Afro-Peruvian legend Susana Baca, honoring US improviser and visionary Pauline Oliveros, Nrityagram Dance Ensemble,recording a solo CD commemorating the music of George Enescu with a world premiere recording for solo violin and makingan album with New York Based improviser/composer/drummer Tyshawn Sorey.

An educator with a focus on music as humanitarian aid, Curtis has also collaborated with musical shamen of the Andes, improvised for live radio from the interior of the Amazon jungle, and taught and collaborated with Kurdish refugees in Turkey. She currently teaches violin at Duke Universityand general music making at the Carolina Friends School. She has held her "Musicianship and the Art of Interpretation" workshop for string players at Oberlin Conservatory, San Francisco Conservatory, and Cornell University. She also incorporated its underlying principles into her classes during her tenure as a Visiting Professor of Music at the University of North Carolina-Chapel Hill. Jennifer holds a Masters of Music from The Juilliard School, a Bachelors of Arts from Mills College andplays on a 1777Vincenzo Panormo thanks to Florence Peacock and Josef Blass. 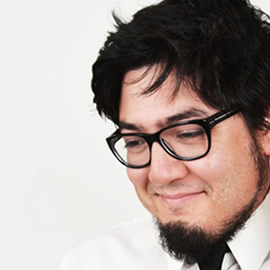 Paul Wiancko has led an exceptionally multi-faceted musical life as a cellist, composer, and collaborator.

While earning cello performance degrees at the University of Southern California and the Colburn School with Ronald Leonard, Paul won top prizes at several international cello competitions which led him, most notably, to Poland to perform the Lutoslawski Cello Concerto with the Polish Radio Symphony Orchestra, and to Brazil where he performed the Shostakovich Concerto with the Bahia Symphony at the Teatro Nacional.

Leading a double life, Paul took advantage of his time in Los Angeles by converting his dorm room into a production studio. There, he created arrangements and recorded strings for bands such as Yellowcard and Veruca Salt, and worked with the producers of numerous other artists including Pennywise, U2, and Pearl Jam. Paul's productions, which range from experimental orchestral arrangements to gospel funk tunes, can be heard on numerous albums, commercials and films. Ever the versatile musician and improviser, Paul has toured and performed extensively with Chick Corea, while working closely with him on arrangements. Paul appears on his album Continents, as well as Hot House, which won a 2013 Grammy. He has also recorded with Grammy-winner Joe Cocker, and appeared with jazz greats Etta James at the Hollywood Bowl and Stanley Clarke at the Montreal Jazz Festival.

Paul spent many summers nurturing his love for chamber music at the Aspen, Perlman, Olympic, and Marlboro Music Festivals, where he performed with members of the Guarneri, Juilliard, and Ysaye Quartets. He has also had the pleasure of performing with Midori, Yo-Yo Ma, Peter Wiley and Richard Goode, among many others. After moving to New York in 2009, Paul joined the award-winning Harlem String Quartet, with whom he spent 3 years performing and teaching extensively throughout the US, Europe, South America, and Africa. Paul currently writes and performs as a member of the electro-acoustic chamber ensemble Bright Wave, Bird's Eye Trio, and the Colonials, and has toured regularly with the ECCO (East Coast Chamber Orchestra) and ACME (American Contemporary Music Ensemble).

As a composer, one of Paul's first large-scale compositions was a highly virtuosic concerto for cello, orchestra, and electronics. Entitled "Tales From Bent City," the piece blends Paul's passion for hip-hop and improvisation with his love of the great 19th century late-romantic composers, and its New York premiere was hailed by Sequenza21 as "surprising, fun, fresh, and innovative." Paul has composed works for the Grammy-winning Parker Quartet, Met soprano Susanna Phillips, cellist Judith Serkin, violist Ayane Kozasa, yMusic, Bargemusic, and many others, and has been the composer-in-residence at the Twickenham, Newburyport, and Methow Valley Chamber Music Festivals. Paul recently completed the score for the new prison-drama feature film Heartlock, as well as a new Mars-exploration-based work for solo piano commissioned by scientist and NASA project leader Dr. Peter Smith. He was Caramoor's commissioned composer for the summer of 2016.Paul plays on a 2010 Mario Miralles violoncello. He currently resides in Brooklyn, New York, and spends his spare time woodworking, fly-fishing, and practicing guitar, bass, violin, harmonica, berimbau, shamisen and theremin. 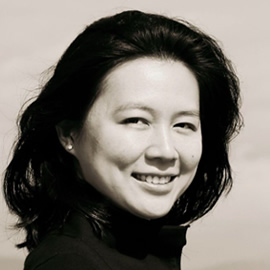 Founder of the Schumann Project, she will lecture on Schumann's late piano works, presented by Philadelphia Music Teachers' Association in 2018. A debut solo CD of Bach, Caroline Shaw, and Schumann; and two CDs with Tessa Lark and Itamar Zorman (BIS Records), respectively, are expected for 2018 release.