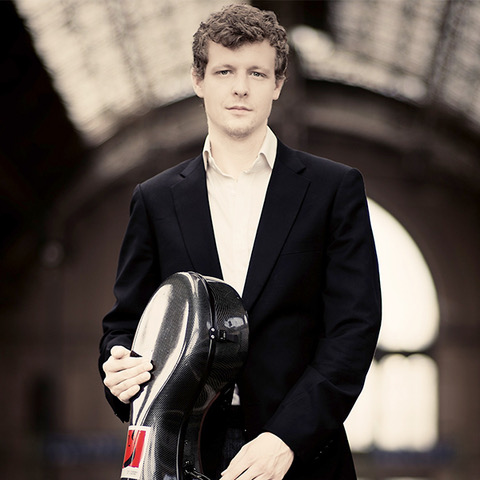 István Várdai has been honoured with several prestigious international prizes: in 2014 he won the prestigious ARD Competition in Munich. In 2009 he was awarded the Junior Prima Prize as the best young artist of the year, and in 2012 he received the prestigious Prix Montblanc awarded to the world's most promising young musician. He won the 63rd Geneva International Cello Competition, along with three special prizes: Audience Prize, "Pierre Fournier" Prize, and "Coup de Coeur Breguet" Prize in 2008, and he took third prize in the Tchaikovsky Music Competition in Moscow in 2007. In 2006 he was awarded with the special prize of the Emanuel Feuermann Cello Competition at the Kronberg Academy and received first prize at the 13th International Brahms Competition in Austria.

From 2004 István studied in the Class of Special Talents at the Franz Liszt Academy in Budapest under László Mező, and from 2005 at the Music Academy of Vienna with Reinhard Latzko. Between 2010 and 2013 he continued his studies at the Kronberg Academy with Professor Frans Helmerson. Since 2013 he has been holding a teaching position at the Academy, and is also a Professor at the Music Academy in Mannheim.

His debut album of Janáček, Prokofiev and Elgar's Cello Concerto was released in October 2009 by Ysaÿe Records. This was followed by a recording by Hännsler in 2013, where he plays works by Mendelssohn, Martinů, Paganini, Beethoven and Popper. In 2014 he released an album of both versions of Tchaikovsky's Rococo Variations released by Brilliant Classics. His CD released in 2015 "Singing Cello" (Hungaroton) features famous encores, and his most recent recording of Bach's solo cello suites is also released by Brilliant Classics. 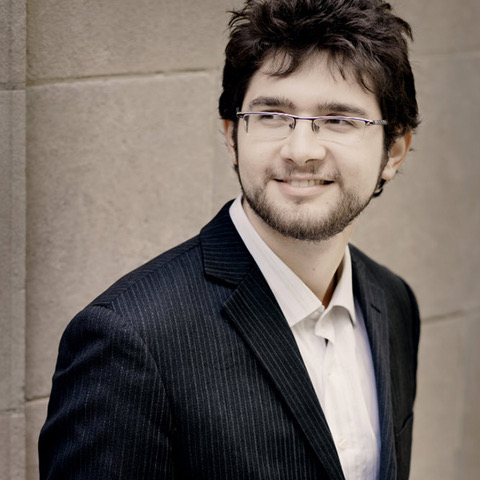 Praised by The New York Times for his "uncommon sensitivity and feeling", the eloquent young pianist Roman Rabinovich is the winner of the 12th Arthur Rubinstein International Piano Master Competition. He has performed throughout Europe and the USA in such prestigious venues as Leipzig's Gewandhaus, London's Wigmore Hall, the Great Hall of Moscow Conservatory, Cité de la Musique in Paris and the Millennium Stage at Washington DC's Kennedy Center.

Dubbed "a true polymath, in the Renaissance sense of the word" (Seen & Heard International, 2016), Rabinovich is also a composer and visual artist. Rabinovich often includes his own compositions in his recital programs. In summer of 2016 he embarked upon the Haydn Project, encompassing recitals of Haydn's complete keyboard sonatas at the Bath Festival in UK and partial cycles at the Lammermuir Festival in Scotland and ChamberFest Cleveland, as well as artwork inspired by Haydn. After his recent debut recital in Lincoln Center the New York Times hailed Mr. Rabinovich's Haydn Sonatas as "admirable interpretations, performed with a rich, full-blooded sound, singing lines and witty dexterity."

Lauded as "a master of tone-color" (International Piano, 2018) Rabinovich was the first of three young pianists to be championed by András Schiff, who selected him for his Building Bridges series in Zurich's Tonhalle, Berlin, Ruhr Piano Festival, and New York's SubCulture. Last season's highlights included Mendelssohn Concerto No. 1 with the Royal Scottish National Orchestra under Roger Norrington, Rachmaninov Concerto No. 3 with the KBS Orchestra and Yoel Levi, Brahms Concerto No. 1 with the Szczecin Philharmonic, Beethoven "Emperor" Concerto with Israel Symphony, Prokofiev No. 3 with Des Moines Symphony, Bernstein 'The Age of Anxiety' with Orquestra Sinfónica do Porto Casa da Música, Bartok Concerto No.2 with the Dohnanyi Symphony in Budapest. Hid recital engagements included the Washington Performing Arts Society, Vancouver Recital Society, the Houston Society for the Performing Arts, the Philip Lorenz Memorial Piano Series, Chopin Society in St Paul, MN, Lincoln Center's Alice Tully and Walter Reade Theatre and the Royal Welsh College of Music & Drama in Cardiff. In spring 2014 Mr. Rabinovich has toured with the Haifa Symphony throughout the United States, performing as soloist with 4 different piano concertos in 30 concerts.

Rabinovich began drawing aged 10, and though he never took formal lessons it has been a passion of his ever since. Since 2010 he has created art on his iPhone and iPad, which are much easier to transport when traveling internationally for concerts. Technology is frequently also a feature of his concerts, as he performs from iPad rather than sheet music.

Rabinovich, "whose mature, self-assured playing belies his chronological age" (San Fransisco Classical Voice) made his Israel Philharmonic debut under Zubin Mehta aged just 10, having immigrated to Israel a year before from Tashkent, Uzbekistan. Rabinovich's parents are piano teachers and his earliest lessons were with them, before studying with Arie Vardi in Israel. He then attended the Curtis Institute of Music as a student of Seymour Lipkin and achieved his Masters Degree at the Juilliard School, where he was taught by Robert McDonald.

Rabinovich is releasing vol. 1 of the complete Haydn Piano Sonatas on First Hand Records in the fall of 2018. He recently recorded ballets by Ravel, Prokofiev and Stravinsky for the Orchid Classics label to critical acclaim.