Rimsky-Korsakov/Heifetz: The Flight of the Bumble Bee 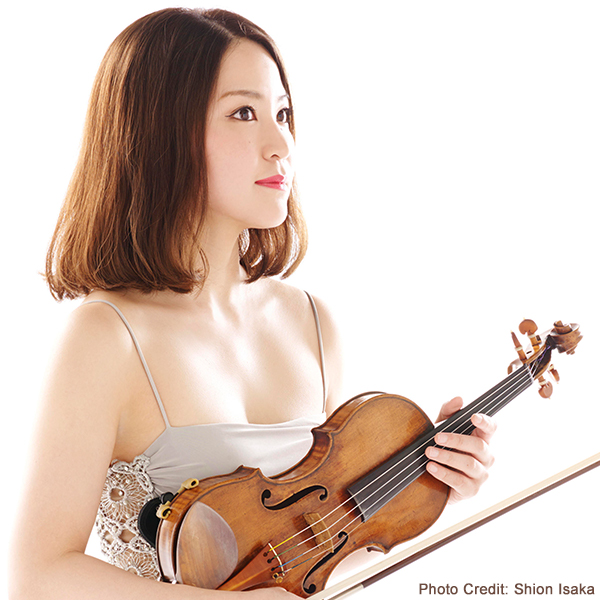 Japanese violinist Mayuko Kamio*, the gold medalist of the 2007 International Tchaikovsky Competition, is widely praised for her luxurious silken tone, long expressive phrasing and virtuoso techniques. The New York Times has called Ms. Kamio an "exciting young musician" and "a radiant talent." Ms. Kamio made her concerto debut in Tokyo at the age of ten under the baton of Charles Dutoit, in a concert broadcast on NHK television. Since then, she has appeared as soloist with the Boston Pops conducted by Keith Lockhart, the Tonhalle Orchestra in Zurich with Mstislav Rostropovich, and the Israel Philharmonic under Zubin Mehta. Recent engagement highlights include a return to the Vancouver Symphony and performances with the Tokyo Symphony, Osaka Philharmonic, Kanagawa Philharmonic, Yomiuri Nippon Symphony, and the Saratov Philharmonic.

She has released four recordings on the SONY and BMG labels, a sonata recording of Franck, Brahms and Strauss, a concerto recording of Tchaikovsky and Prokofiev Concerti, a collection of violin solo works with piano of Chausson, Stravinsky, Szymanowski, Waxman and Paganini's 24 Caprices for Solo Violin.

Ms. Kamio was born in Osaka, Japan and began to play the violin at the age of four. Her early teachers were Chikako Satoya, Machie Oguri and Chihiro Kudo, and she worked with Koichiro Harada at the Toho Gakuen School of Music. She studied in the U.S. with Dorothy DeLay and Masao Kawasaki at the Aspen Music Festival and in the pre-college division of The Juilliard School. She completed artist's diploma studies at the Hochschule für Musik und Theater in Zurich, where she worked with Zakhar Bron. Ms. Kamio received a grant from the Bagby Foundation for the Musical Arts, and is a recipient of the prestigious Idemitsu Music Award. Mayuko Kamio plays on the 1731 "Rubinoff" made by Antonio Stradivari, kindly offered by the Munetsugu collection in Tokyo. 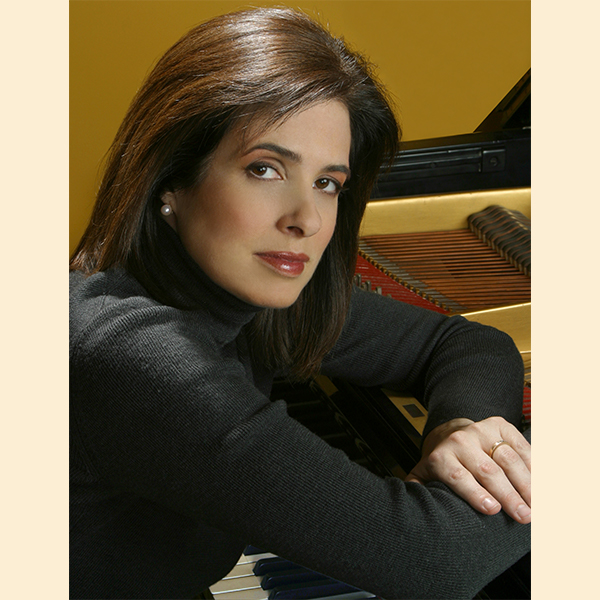 The pianist Noreen Cassidy-Polera ranks among the most highly-regarded and diverse chamber artists performing today, and maintains a career that has taken her to every major American music center and abroad to Europe, Russia, and Asian centers of Hong Kong, Shanghai, Beijing and Seoul and Tokyo.  Recent performances include those at Zankel Hall, Weill Recital Hall, 92nd Street Y, Jordan Hall, Gardener Museum, Kennedy Center , the Louvre and the Casals and Piatigorsky Festivals.  She has been a guest at the Caramoor, Bard, Grand Teton and Cape Cod Chamber Music festivals, as well as engagements at the Chamber Music Societies of Philadelphia and La Jolla.  She has recorded for Sony, EMI, Audiophon and Centaur Records.

In addition to being a regular recital partner with cellists Amit Peled and Narek Hakhnazaryan, Ms. Cassidy-Polera has appeared with Matt Haimovitz, Carter Brey, Antonio Menesis, Aurora-Natalie Ginastera, Yo-Yo Ma and Leonard Rose.  Winner of the Accompanying Prize at the Eighth International Tchaikovsky Competition in Moscow, she regularly collaborates with laureates of the Queen Elisabeth, Tchaikovsky and Naumburg international competitions.

Ms. Cassidy-Polera’s mastery and affection for the complete standard cello-piano repertory is well-known, as is her attention and dedication to the works of living composers.  In recent seasons she performed Elliott Carter’s venerable Sonata for Cello and Piano on tour in Paris, New York and Philadelphia, along with new works by Lowell Liebermann, Benjamin C.S. Boyle and Kenji Bunch to critical acclaim.  Her CD recording Sound Vessels (with cellist Scott Kluksdahl) features the recording premiere of Richard Wernick’s Duo, and works of Robert Helps, Augusta Read Thomas as well as Elliott Carter.

Noreen Cassidy-Polera holds Bachelor of Music and Master of Music degrees from the Juilliard School, where she studied with Martin Canin.