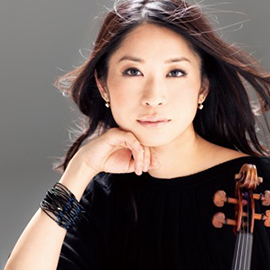 Miss Kawakubo’s 2009, 2010 seasons included engagements and tours with the Russian National Orchestra, Moscow Radio Symphony, NHK Chamber, Yomiuri Symphony Orchestra, and a Germany tour with Sinfonia Varsovia, amongst many others.

In recent years, Miss Kawakubo has been active in chamber music, performing in a piano trio in Japan, and in a string trio and piano quartet in Europe. 2010 - 2011 season included concerts in Jerusalem, Tel Aviv, Haifa, Tokyo, and other cities in Japan.

Miss Kawakubo studied with Prof. Robert Lipsett at the Colburn School of Performing Arts in Los Angeles, Prof. Dorothy DeLay and Masao Kawasaki at Juilliard Pre-College, and finished her studies at the Zürich Musikhochschule with Prof. Zakhar Bron. 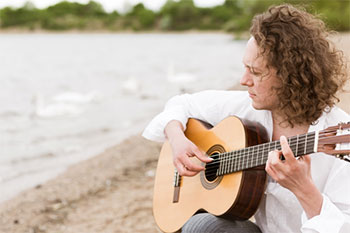 Illarionov was the first guitarist to take Second Prize in the III International Competition of Musical Personalities “Alexander Tansman” (Łódź, Poland - 2000). Piano, violin, cello, guitar and other instruments compete directly with each other in this competition, and Illarionov’s success there made him the highest-placed guitarist ever in the Tansman competition. In October 2002, Illarionov won The Twentieth International Guitar Foundation of America Solo Guitar Competition (GFA – Miami, Florida, USA). As part of the prize, he conducted his concert tour in the USA and Canada and will record a concert video. Besides guitar competitions, Illarionov is a laureate of composing and conducting competitions.

In addition to numerous appearances in Russia, he has performed in Ukraine, Belarus, Moldova, Estonia, Poland, Italy, Germany, USA, Canada and Japan. He has played in the Great Hall of the Moscow Conservatory, the Tchaikovsky Concert Hall, the Osaka Symphony Hall, and the Hall of Columns of the National Philharmonic Society (Kiev, Ukraine). He appeared at the Festival of Russian Culture (Los Angeles, California, USA, 2004), at the opening ceremony of the 49th International Book Fair (Warsaw, Poland, 2004), and at the guitar in Nürtingen, in 2002.